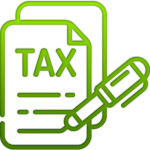 The effect of the advance Child Tax Credit payment
As the Coronavirus hits the universe, the world leaders and normal citizens scramble in circles not knowing what to do or where to go just like a poor fly in the closed bottle. Companies begin to shut their doors, people start quitting their jobs or being let go by the employers for the fear of catching Covid-19. People stayed home more and that meant more food was consumed. As people began consuming more food, the savings account began to run out of money especially in America. People begin to leave from hand to mouth. To make the matter worse, American people are not good at saving and therefore, were hit harder by the Covid-19. The citizens didn’t know where to begin, the only way out was to start yelling at the government for help not knowing that their government is still in debt with the Chinese government. But, nevertheless, the government issued three stimulus checks to the people. Thanks to former President Donald Trump who put people and small businesses first.

One would think that three stimulus checks were enough for people, well it wasn’t. It in fact activated what I called the mentality of wanting free money while using covid-19 as the reason for wanting more money. The demand for needing more and more money on a monthly basis grew and the best thing the government could do is to pay people Child Tax Credit in advance instead of waiting until the tax file time. Now, the families are happily collecting their Child Tax Credit without thinking that they are eating into their tax refund in advance. This is something hard for the taxpayers to understand right now but will all surely understand in the upcoming tax season.

This advance Child Tax Credit that you are getting now is going to affect the refund amount you were supposed to get during the tax file season. The government is smart and knows what it is doing. Instead of giving you free money like what other governments in developed countries are doing, the U.S. government is way smarter than you. The government is paying you your tax refund in advance to make you feel that your democratic government cares for you. For sure the government cares about you but the bottom line is at that, you are not going to get big in the upcoming tax season.

Plan neatly, now that you know you are eating into your future tax refund. Come back again for articles related to tax and finance.

PD Group is now accepting new students wanting to become professional tax preparers. This is an ongoing private training. Student choose days of the week and time that work good for his or her busy work life schedule. So call us today 802-393-9507 and become the next Peter Deng in the next tax season.